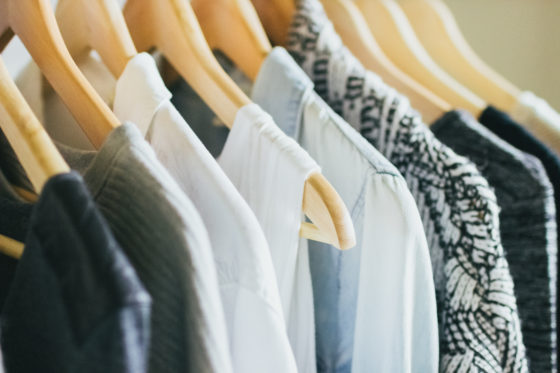 Happy Monday — it’s fall wrap-up time! This post is coming a little out of order, but I’m just trying to keep you on your toes.

Before we jump too far into winter, I want to share a few lessons I learned about capsule wardrobes this fall. And before we do that, let’s glance back at the summer wrap up for a sec, and remind ourselves of my favorite two words, “How fascinating!”

Mistakes — of any kind — usually make us fidget + sweat. After all, if we’re being real, any mistake has a cost.

But … what if there’s another side to our mistakes? A quieter side, that’s perhaps harder to feel, but just as real.

Let me introduce you to one of my favorite people: Benjamin Zander. If I could pick anyone in the world to adopt as a grandfather, it would be this guy. He’s the renown conductor of the Boston Philharmonic + a wildly innovative, out-of-the-box thinker. He says:

“I actively train my students that when they make a mistake, they are to lift their arms in the air, smile, and say, “How fascinating!” It is only when we make mistakes that we can really begin to notice what needs attention.”

(Don’t you love that mental picture? A bunch of serious musicians throwing their arms in the air and exclaiming to themselves? Makes me smile every time.)

Another mistake? How fascinating! Another opportunity to learn something just presented itself.

So on that note, I definitely made a few mistakes with my capsule wardrobe this fall.

But that’s okay, because, how fascinating! I learned something.

Ankle booties. I love ’em. But I was obviously blinded by my love for them, because I had 5 pairs of ankle booties and zero pairs of tall boots. I sure felt that mistake on cold days.

If you’re thinking of piling on here, just … maybe don’t do it. I already understand the full depth of this oversight because I had to live with it for three months.

Why didn’t I add some in? Pure stubbornness.

But hey — I did figure out how to wear socks with ankle booties in a cool way! So …

Yeah, that doesn’t sound like enough of a silver lining. I probably should have just added a pair of taller boots. :)

I’m pumped about my winter boots though — I swapped out some of my ankle booties for three pairs of taller boots. Truth be told, I don’t like riding boots, so I went with a pair of moto boots (for an edgy vibe) and a pair of shearling farm boots (for a cozy vibe). I also added in one pair of taller dress boots. They have a 3 inch heel, but I wore them out this weekend, and I forgot I was even wearing heels because they were so comfortable.

2. Heels are awesome. But not for casual, everyday shoes.

Heels are awesome for shoes that are meant to dress up an outfit. Like these. Or the dress boots I just mentioned. But for everyday shoes? Not so much.

Last fall, I could have sworn that I spent the entire season in a pair of heeled ankle booties. So that’s why I thought all these heels and ankle booties would work. But apparently, I either didn’t remember correctly or I have aged significantly in a year. Let’s hope for the first option.

I got a little tired of dark rinse jeans after having them in my winter + spring + summer capsules, so I ditched them this fall. Oops. I missed them. A lot.

I will forever more have a pair of dark rinse jeans in my capsules.

4. It’s harder to plan capsules for fall (and spring). So cut yourself some slack.

When it comes down to it, I think it’s because it’s hard for me to recall what 40ºF feels like when it’s 100ºF. In that kind of heat, I can’t even think about wearing a sweater. I tried my best, but my planning was a little skewed by the hot summer temperatures.

That’s okay. I’ll get to make little tweaks next time around.

I’ve noticed that I’ve loved my summer + winter capsules the most so far. I find myself toying with a new approach to capsule wardrobes — like maybe having just two capsules … with maybe a few key pieces that allow for unexpected weather. Hm.

So there you have it! How fascinating!

I’m curious what you think — especially about #4.